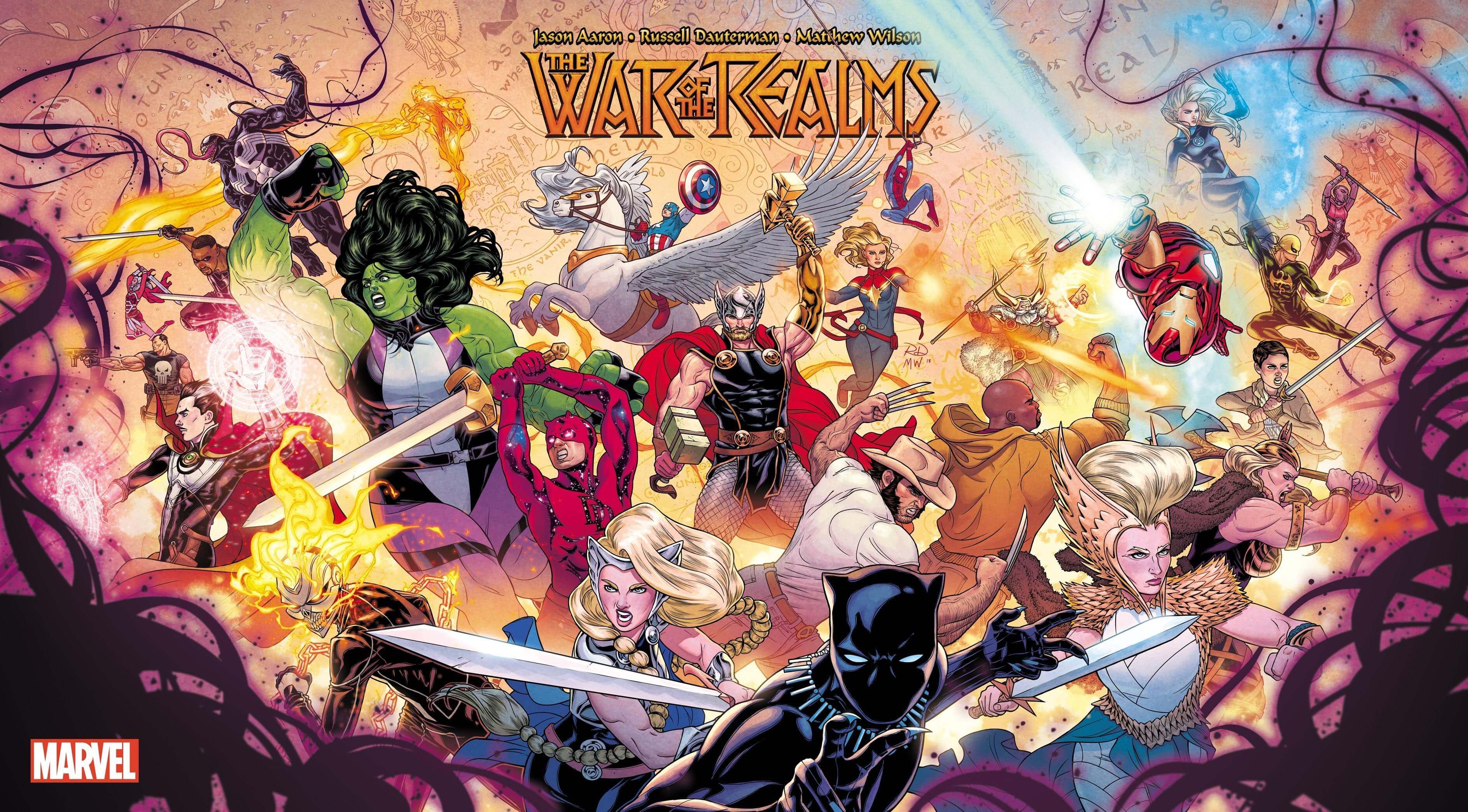 The War of the Realms has begun today as Marvel Comics’ next event series that launches with War of the Realms #1. Writer Jason Aeron re-teams with artist Russell Dauterman alongside colorist Matthew Wilson for a climax seven years in the making.

“The simple movie pitch is it is Lord of the Rings in the Marvel Universe,” Aeron said during an interview at C2E2 in Chicago. “It is all the worst villains of the ten realms invade Earth and wreak havoc. And that’d normally be a Thor story. That is normally the stuff Thor has to deal with. As we can see in the opening of War of the Realms, Thor cannot deal with it. He is taken off the board, so a Thor story becomes an everybody story. It is The Avengers. It is Wolverine. It is Punisher, and The Fantastic Four. It is all of the main heroes in the Marvel Universe having to deal with Thor stuff that they are not used to dealing with.”

“And the fun part is mixing up those elements, mixing up fantasy elements with Marvel Universe elements. Sometimes, that is Spider-Man wearing a Viking helmet, or it is Punisher having to up his arsenal to take on frost giants and trolls. There’s a lot of fun stuff to be had. Daredevil is a big part of that, getting leveled up in a big way. He looks different. He has got a big sword. His powers are different. Everything is different. That is sort of War of the Realms #2 you get the first taste of that.” The scale of War of the Realms lives up to the comparison to JRR Tolkien’s epic fantasy saga. This may leave some Marvel fans, especially those who have not kept up with Aeron’s entire Marvel run, a little intimidating.

So, which is why we are here to help. Keep reading to learn everything you need to know and enjoy Marvel’s blockbuster superhero-fantasy genre mashup!

Related Topics:featuredWar of the Realms