While Tessa Thompson is not revealing the truth about exactly what her character, Valkyrie, has been doing since the end of Thor: Ragnarok, but she does have a line prepared. Valkyrie first encountered Thor on Sakaar, and she had to be coaxed out of the bottle that she had been hiding in since the loss of most of her Valkyrie sisters. But Valkyrie didn’t appear in Avengers: Infinity War. That led some to question whether see (as well as other popular supporting characters like Miek and Korg) had been killed off-screen. Despite the near-total extermination of the Asgardians on board Thor’s spacecraft, the filmmakers revealed in interviews after the film’s release that Thanos has spared half of the population, in keeping with his stated philosophy. And Valkyrie was one of the characters confirmed to be a part of the surviving half. Though she hasn’t been seen or referenced directly onscreen, the directors’ interviews were followed up recently by a poster that unveiled Valkyrie to be alive after the Decimation – Thanos’ snap that wiped out half of all life. The posters released for Avengers: Endgame also features characters who survived the Decimation in color, and those who perished in black and white. Valkyrie appears in color, and while that isn’t an in-story reference either, it seems more or less to guarantee where things stand when the film begins. In the latest interview, Tessa Thompson did not say much more than that. But fans won’t have to wait so long to see what happened to her after Thanos’ attack.

“Sometimes I said she was in the bar,” Thompson told LA Times during a press day for Little Woods, an independent movie out Friday. “She is alive though because [Infinity War and Endgame directors] the Russo Brothers have said that, she is not dead.”

It seems that fans can now expect to see Tess Thompson reunite with her Men in Black alongside Thor: Ragnarok co-star Chris Hemsworth onscreen in upcoming Endgame, facing off against Thanos once and for all. While many people are predicting that at least one original Avenger won’t make it out of the film alive, it seems that Thor would be a long shot candidate in the minds of fans, given how successful Ragnarok was relative to the rest of his franchise.

Avengers: Endgame will be in theaters just one week from tomorrow. 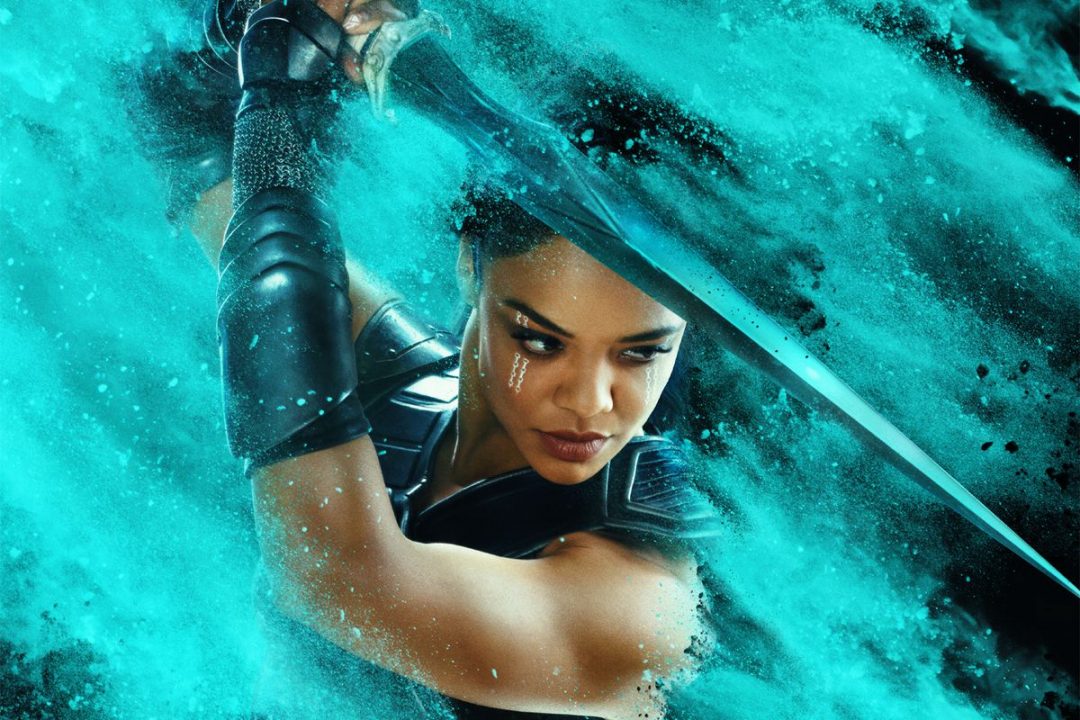 While Marvel Studios has yet to unveil any plans featuring Thor’s new ally Valkyrie, actress Tessa Thompson already knows who she wants to helm a potential spinoff movie. Seemingly, she had a great experience when filming Creed II with Steven Caple Jr. director.

Recently, at a screening and Q&A with the cast and crew of Creed II at BFI Southbank in London, Tessa Thompson suggested the idea of Caple Jr. helming a Valkyrie movie. That’s in response to a question about whether he would follow in the footsteps of Creed director Ryan Coogler and join the Marvel Cinematic Universe, as reported by Trailer Track’s Anton Volkov.

After the massive success of the first Creed, Coogler hit the fast track in Hollywood. He gathered with star Michael B. Jordan for his Marvel Studios debut Black Panther, which has become the fourth superhero film in the franchise to make over $1 billion at the box office. Tessa Thompson also followed suit, starring opposite Chris Hemsworth in Thor: Ragnarok.

For now, Marvel Studios has announced no firm plans for a Valkyrie spinoff movie. However, Tessa Thompson has continued to campaign for a return of her role in another project – preferably an all-female Avengers film.

While speaking with IGN on the red carpet for Annihilation, Tessa Thompson claimed all of the female-fronted projects in the works at Marvel Studios over recent years.

Tessa Thompson hopes that something like A-Force or the Fearless Defenders could come out of a discussion. That points out how Marvel Studios President Kevin Feige seems to be open to working with other people in order to help lock down the future of the MCU. “I am not Marvel so I couldn’t make it happen. But I can tell you one thing that Marvel is hugely collaborative. And I think our even our Thor [Ragnarok] movie is basically the product of conversations they’d had with Chris [Hemsworth] and Mark [Ruffalo] about what they wanted to go next,” Tessa Thompson told. “I think Kevin Feige is really excited about the idea. And if you take a look at what has happened already in Phase 4 with Valkyrie and me and our story, and then in Black Panther the women rule supreme.”

So, will Tessa Thompson convince Feige to give Valkyrie the greenlight with Caple Jr. directing the film? Time will tell us the answer. But for now, you can catch their collaboration with Creed II now playing in theaters.