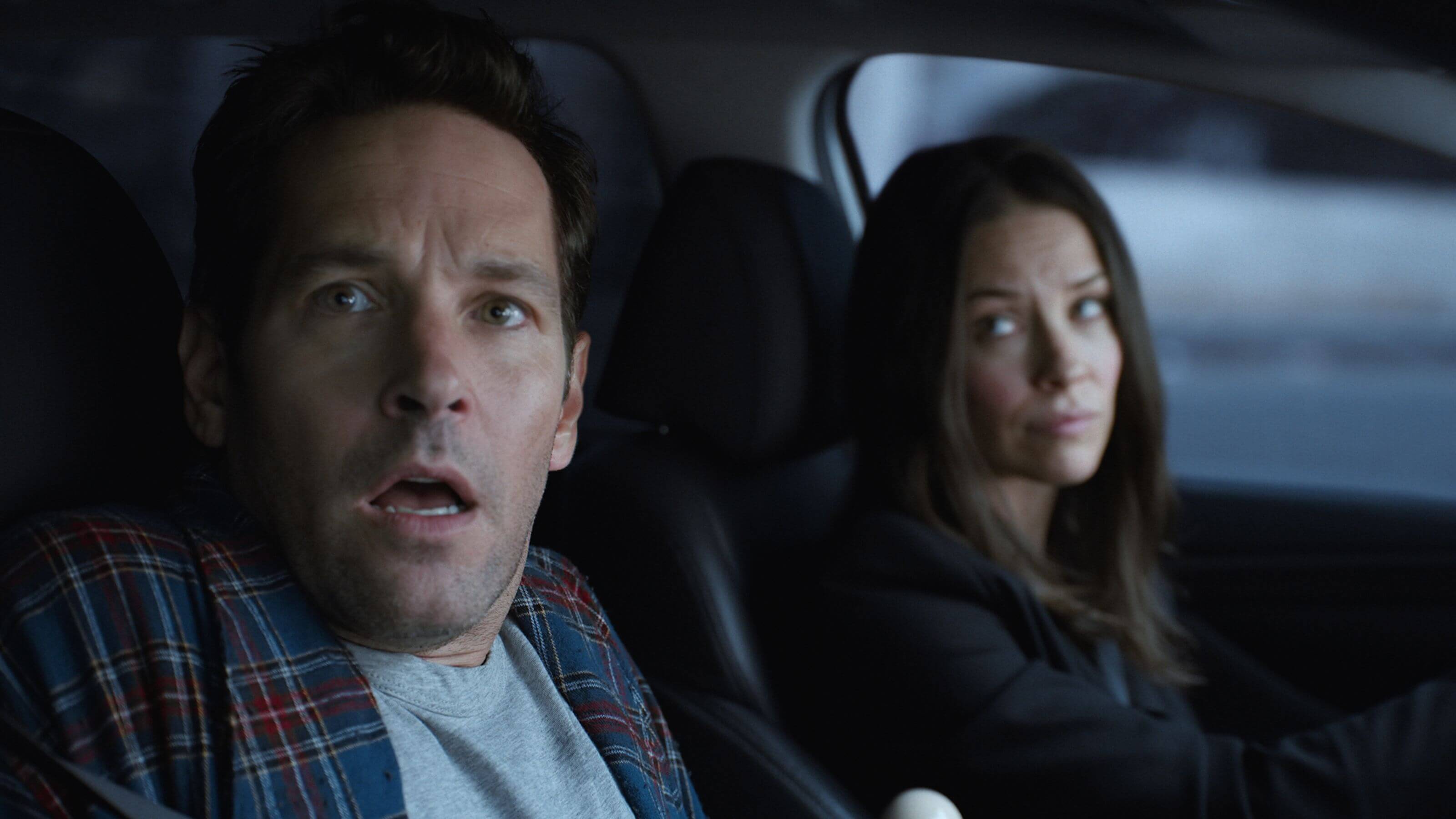 If you have been on social media at all in the past week, chances are you are well aware of the theory that says Ant-Man (star Paul Rudd) will end up killing Thanos by climbing up his rear-end, then enlarging and exploding the Mad Titan from the inside out. Even in this day in age, it is a pretty disturbing thing to surface on the internet. And thanks to some hilarious fan art from Reddit, now we have a look at Scott Lang first finding out about the mission he is about to go on.

Meeting at Avengers Headquarter in upstate New York, the cartoon shows the Avengers planning the cosmic equivalent of a colonoscopy as Scott walks in the room to find out he is about to be put in a pretty crappy situation.

Take a closer look below. 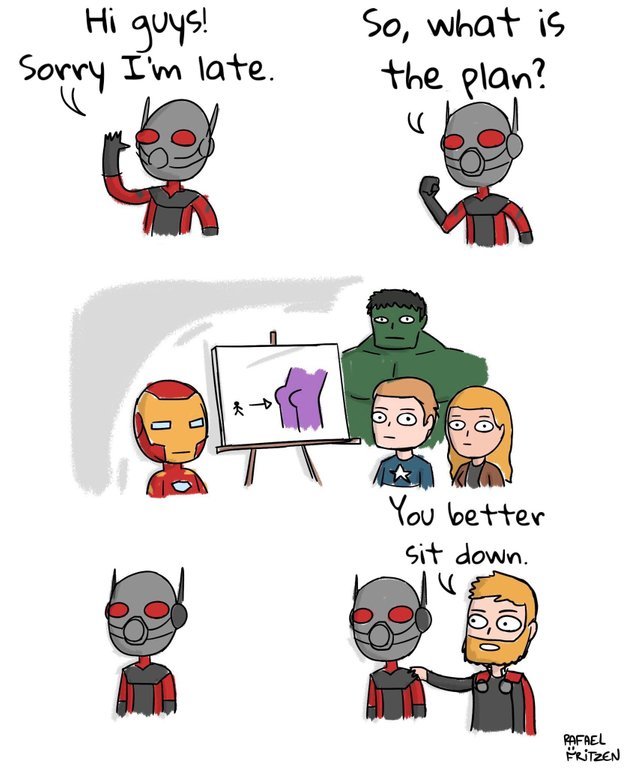 Jokes aside, earlier this week, Avengers: Endgame co-director spoke to Boxoffice Pro, admitting the reactions from test audiences have been the best he has ever seen.

“We’ve spent a decade squeezing complex comedy stories with many characters, both of these shows being big ensemble shows, into 21 minutes,” Joe said. “We would call it ‘the Russo path,’ where we came in and then squeezed it down to a density that we felt it would elevate the show because it’d move so quickly that you would miss half the jokes and you’ve to watch it again. That’s an agenda of ours. And the same thing is true when we work on the Marvel films. We also try to create a density in storytelling that makes them feel compulsive, irrespective of the length. We are very rigorous about storytelling points. We spend months in the editing room twisting and turning the narrative a bunch of different ways until we think we have unlocked the best one. We are vigilant about using test audiences to tell us whether we are on the right track or we are just making bad decisions. With [Avengers:] Endgame, it had one of the most incredible audience responses in Marvel history. Irrespective of the length, it has been consistently embraced by the test audiences.”

Captain Marvel is now in theaters. Avengers: Endgame will follow on April 26.

Related Topics:featured
Up Next

“Avengers: Endgame” Had One of the Most Incredible Test Screenings Responses in Marvel History

“Ant-Man and the Wasp” Officially Now Streaming on Netflix 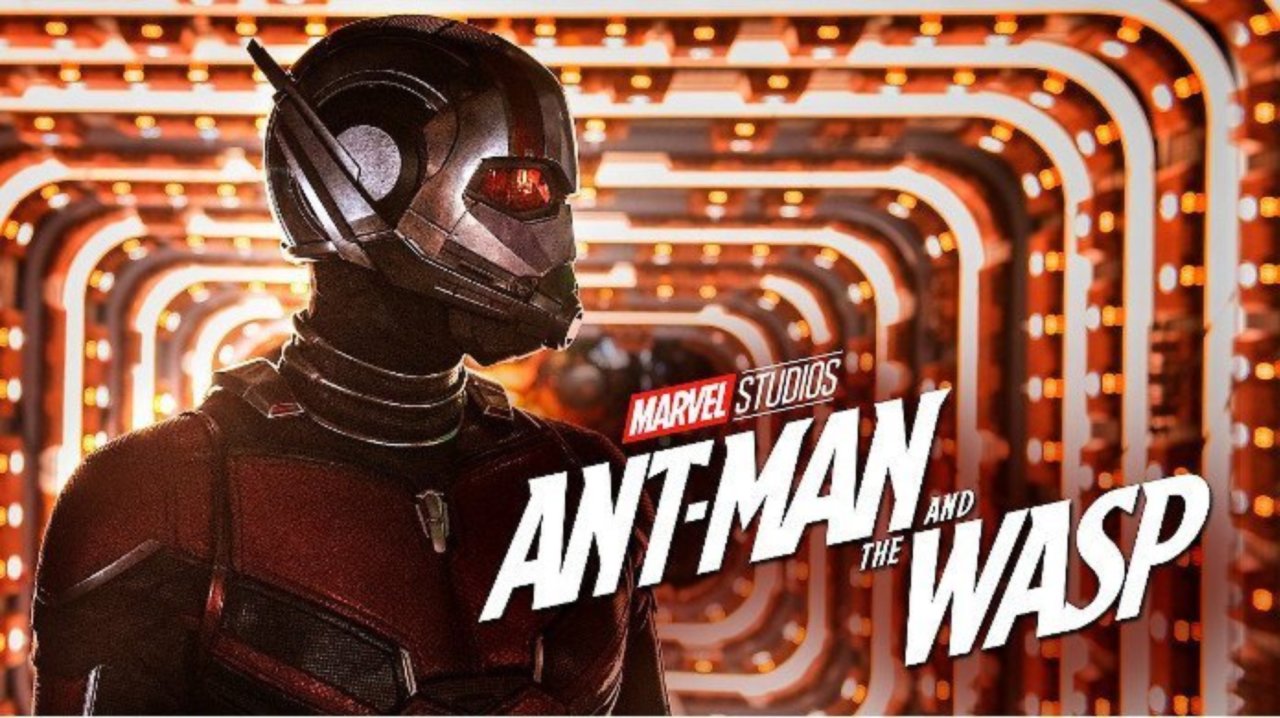 In the Marvel Cinematic Universe, Ant-Man and the Wasp is the latest movie to become available to stream on Netflix.

The film is the direct sequel to Ant-Man, following the hero’s appearance in Captain America: Civil War.

You can read Ant-Man and the Wasp’ synopsis below.

“Scott Lang is grappling with the consequence of his choices as both a superhero and a father. But approached by Hope Van Dyne and Dr. Hank Pym, once again Scott Lang must don the Ant-Man suit and then fight alongside the Wasp. The urgent mission leads to secret revelations from the past as the dynamic duo finds itself in an epic battle against their new powerful enemy.” 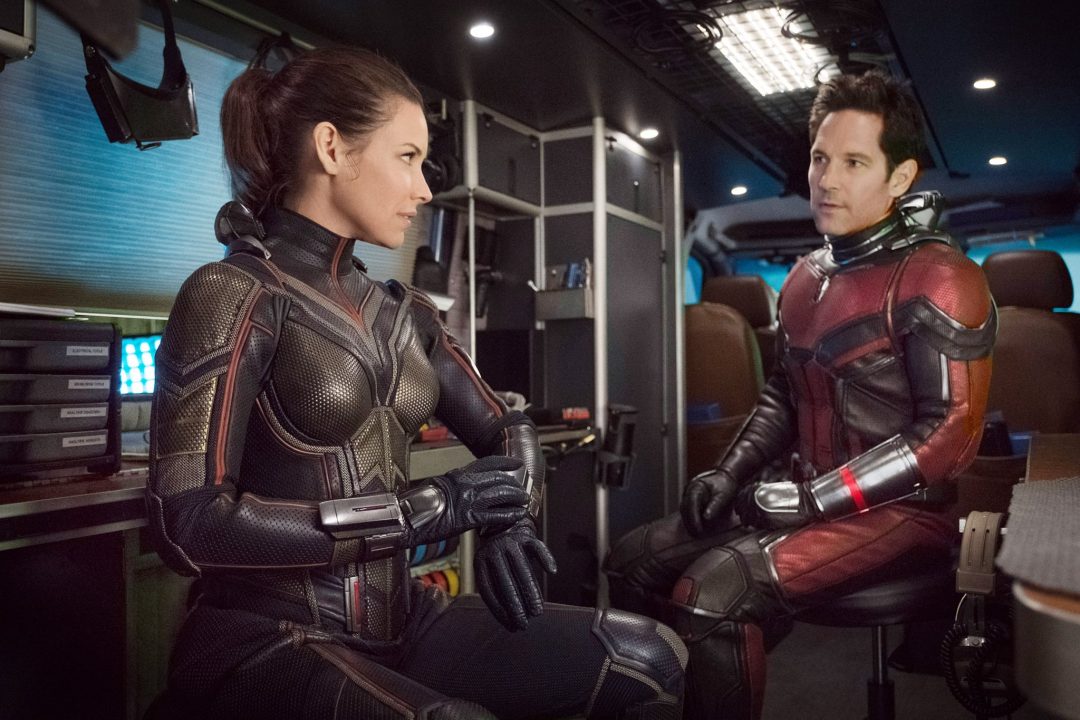 The film is directed by Peyton Reed and written by Erik Sommers and Chris McKenna, alongside Paul Rudd, Gabriel Ferrari, and Andrew Barrer.

Following Avengers: Infinity War, Ant-Man and the Wasp is the second to last Marvel Studios film that goes to Netflix as part of a current deal between Disney and the streaming service.

Captain Marvel will be the last. Beginning with the blockbuster Avengers: Endgame, Marvel Studios films are likely to make Disney’s own upcoming streaming platform, Disney+, their new home.

Furthermore, Ant-Man and the Wasp also connects to Avengers: Infinity War and possibly to the upcoming Endgame. The film sets up Scott Lang’s involvement in the fourth Avengers movie and a possible trip to the Quantum Realm.

“The Quantum Realm did not exist in Edgar Wright and Joe Cornish’s original drafts,” says Reed. “When Adam McKay came on, he and Rudd were writing drafts. And McKay is also a big comics nerd. Then McKay and I were talking about the Microverse. In the movie that had a lot of shrinking, it would be great to figure out a thing in the third act for the purposes of the story was almost a cautionary tale. And if you turn off the regulator, it allowed us to give Scott Lang his moment of self-sacrifice, where he’s going to kill himself to save his daughter potentially. It occurred to us that we all love the sort of psychedelic side of the Marvel Universe. It is the Microverse in the comics that we re-named the Quantum Realm for copyright reasons.”

So, will you be watching Ant-Man and the Wasp on Netflix? Shar with us in the comment below! 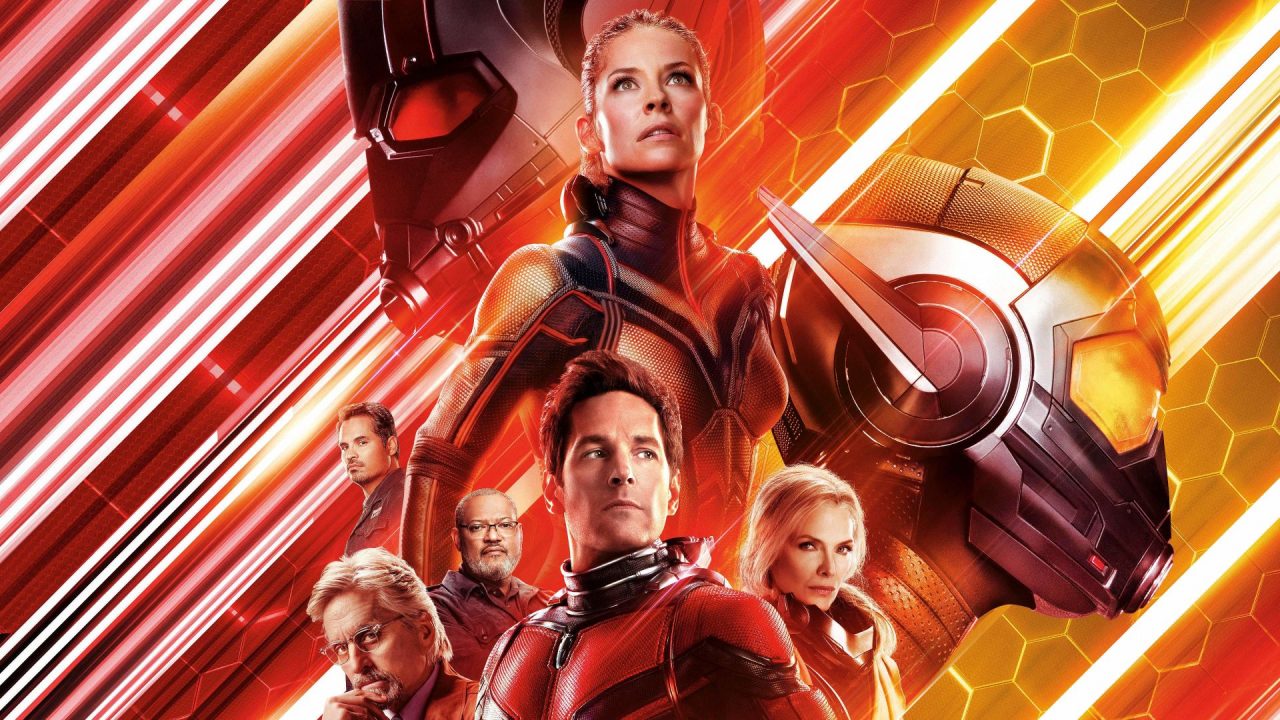 Ant-Man and the Wasp is officially streaming on Netflix now. 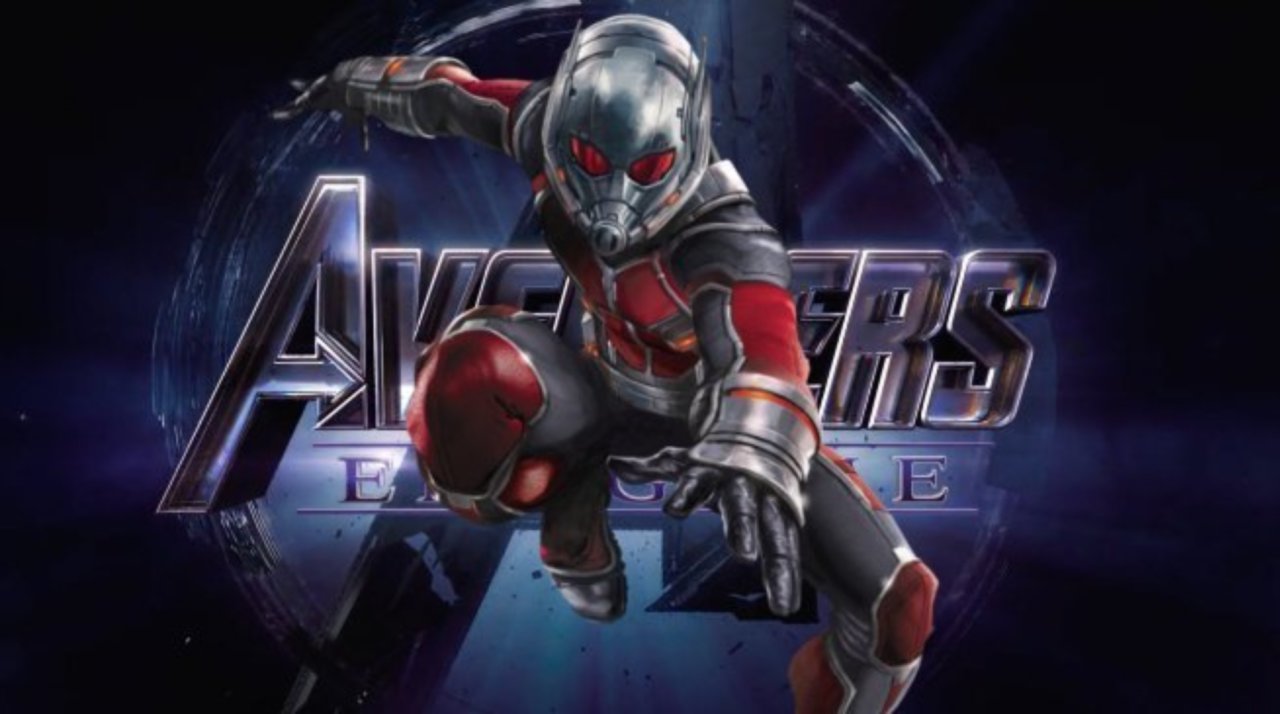 Last morning the trailer dropped for Avengers: Endgame, the official title of what we have been calling Avengers 4 all the previous time. As expected, things have sort of exploded as Marvel fans begin to pour over the trailer to get a hint of what does happen next to Earth’s Mightiest Heroes.

While the Endgame trailer is careful to tell us very little, it does reveal an interesting story for one of the MCU’s “small” character, Ant-Man.

We all know that Scott Lang has made it out of the Quantum Realm on his own somehow. And that simple fact is really important to the upcoming movie in some way.

Scott Lang/Ant-Man disappeared in Avengers: Infinity War. It revealed through dialogue that he’s on house arrest following the events of Captain America: Civil War. At the end of the last MCU film, Ant-Man and the Wasp Scott Lang is actually inside the Quantum Realm when Thanos’ snap occurred. Either for this reason or just his random luck, Scott did survive. Meanwhile, the people who might pull him out of the Quantum Realm turned into dust.

In one of the early footages from the new trailer, we saw Bruce Banner mourning over images of missing friends. We also saw Peter Parker’s face, who has gone, but since that happened on another planet, it appears the Avengers hardly know what happened to him. Scott Lang is among them.

Clearly, the Avengers still believe Scott Lang is dead. He appears in the list of “missing” people. So it seems that, since they could not find the guy getting lost in the Quantum Realm, they have no idea what did happen. Still, with half of the universe passed away, they believe that he has gone for good.

However, surprisingly, in the final sequence of the trailer, Scott Lang appears so much alive, even though there is no explanation of how he returned. If Scott had simply been missing in action, you would expect Captain America’s reaction to Scott being alive would be a relief, but that’s not it. He feels shocked. He assumes he is watching some old recording rather than a live video of Avengers Headquarters’ front gate. 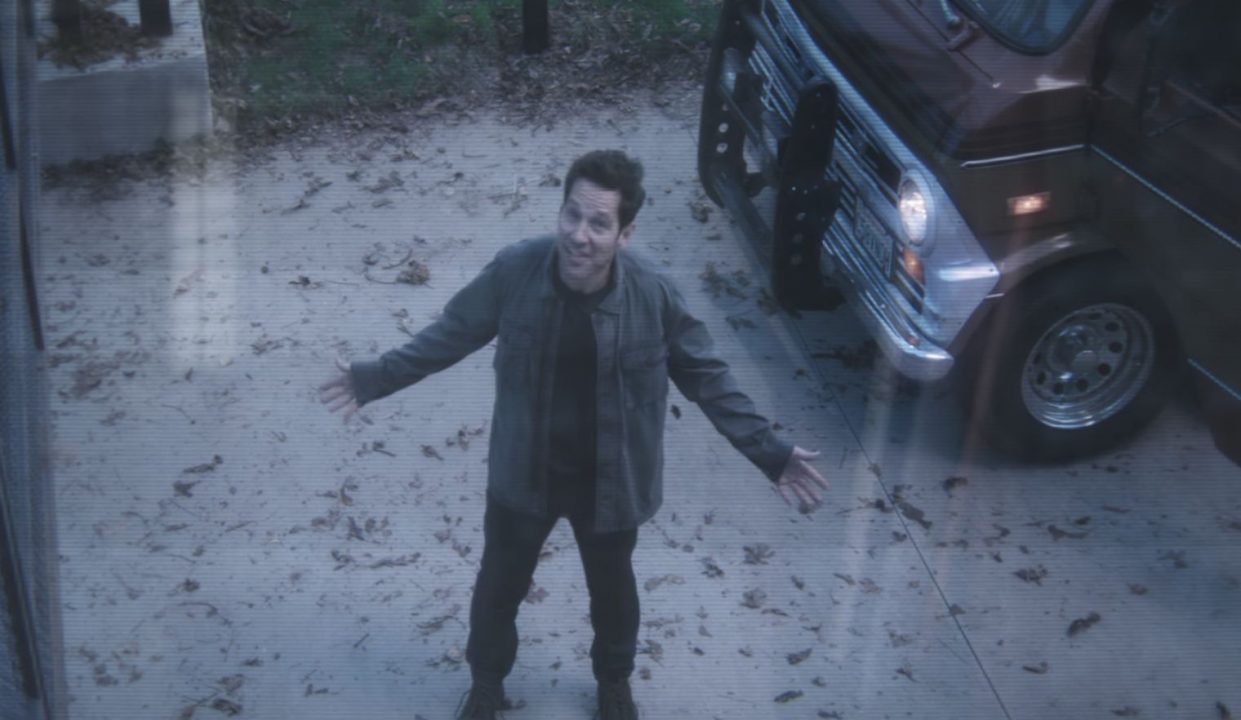 The Endgame trailer is showing us that this is important. By making this scene in the last moments of the trailer, the Russos are making it clear that Scott Lang still being alive. And his escape from the Quantum Realm is nothing rather than an answer. Somehow, this piece of information is the key to the story of the upcoming Avengers: Endgame.

There is one interesting case, and possibly the answer to this question. When Black Widow said the shot is from the front door, implying it’s really happening at that moment. And if you look at the top left corner of the scene, it says the video is an “archive” meaning that is an old video as Cap said. This seems to indicate that, while Scott Lang has escaped the Quantum Realm, he might not have come out at the right time. 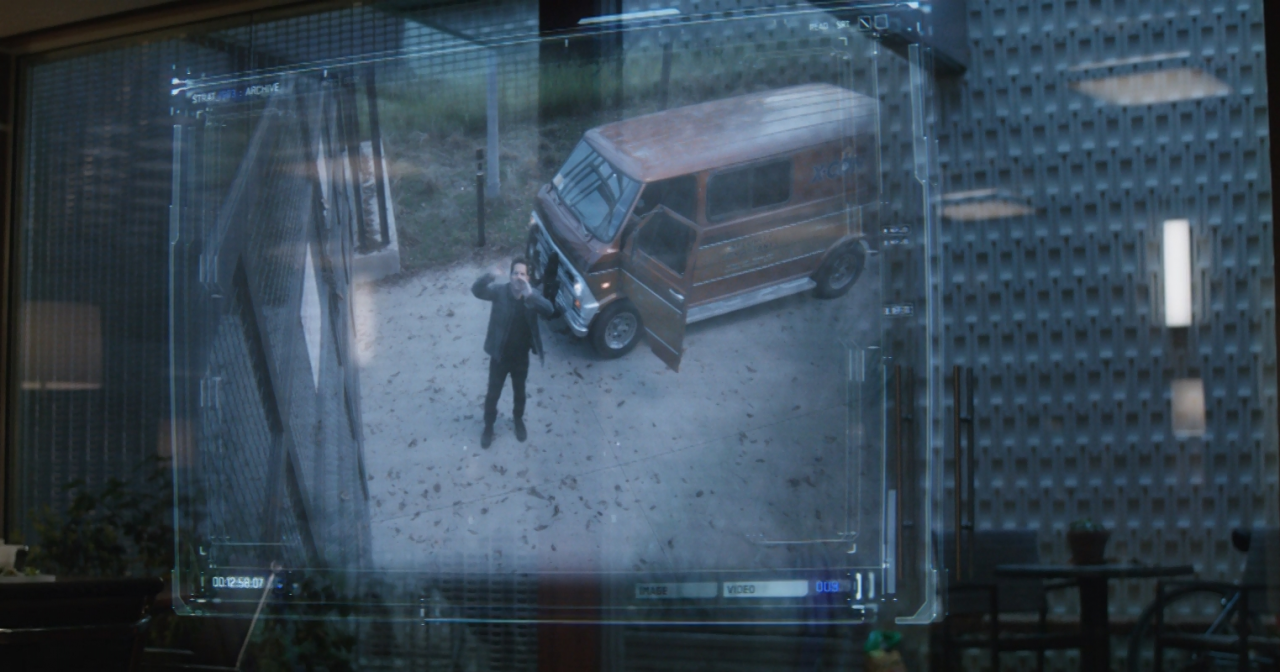 This scene falls in line with many fan theories that have surmised that the Quantum Realm could be the key for the Avengers team. They could use time travel as a way to undo the events of Infinity War.

Before Scott Lang made his jump into the Quantum Realm, Janet – who had spent years exploring and surviving in that world – warned him not to get stuck in a time vortex. A phenomenon with such a name presumably could alter time and perhaps give Ant-Man his escape from the Quantum Realm. 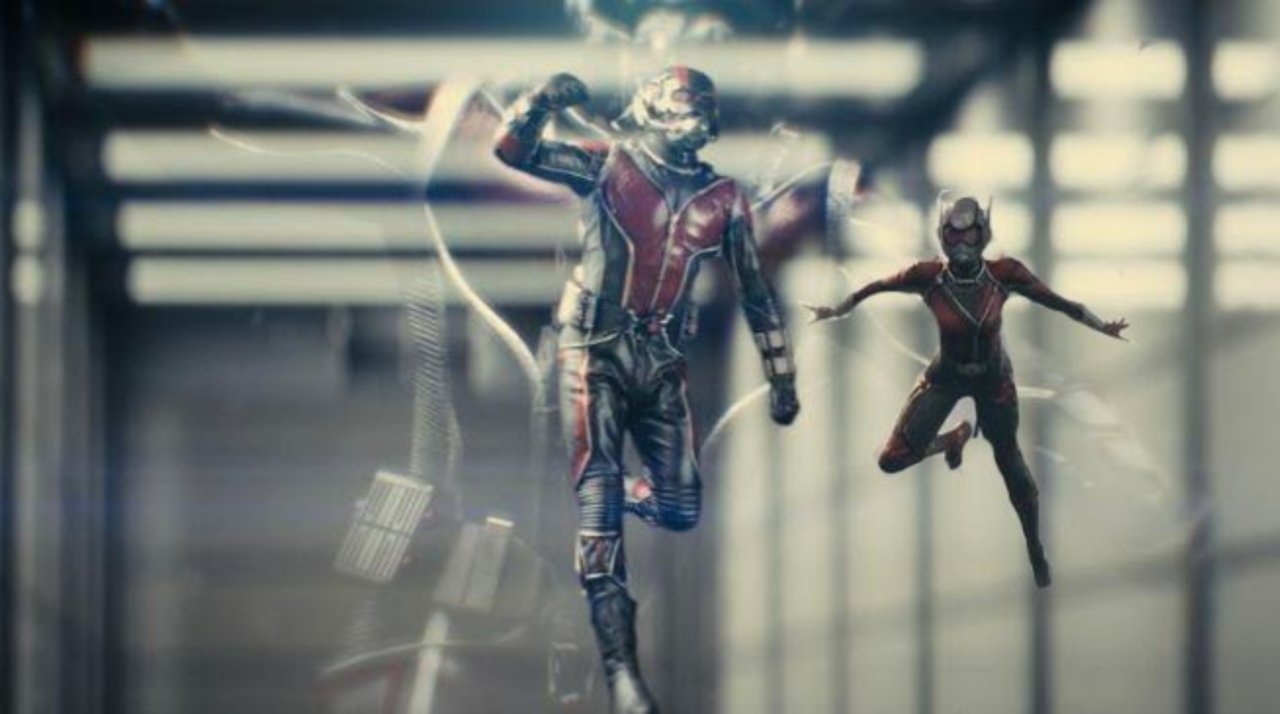 Returning from the Quantum Realm, Scott Lang may also realize that the time vortex is the key to undoing the damage from “the snap.” With this knowledge at hand, the Avengers will be suiting up and heading into the Quantum Realm to find the time vortex. Then they travel back in time and stop Thanos before the snap takes place. At least that’s the theory. 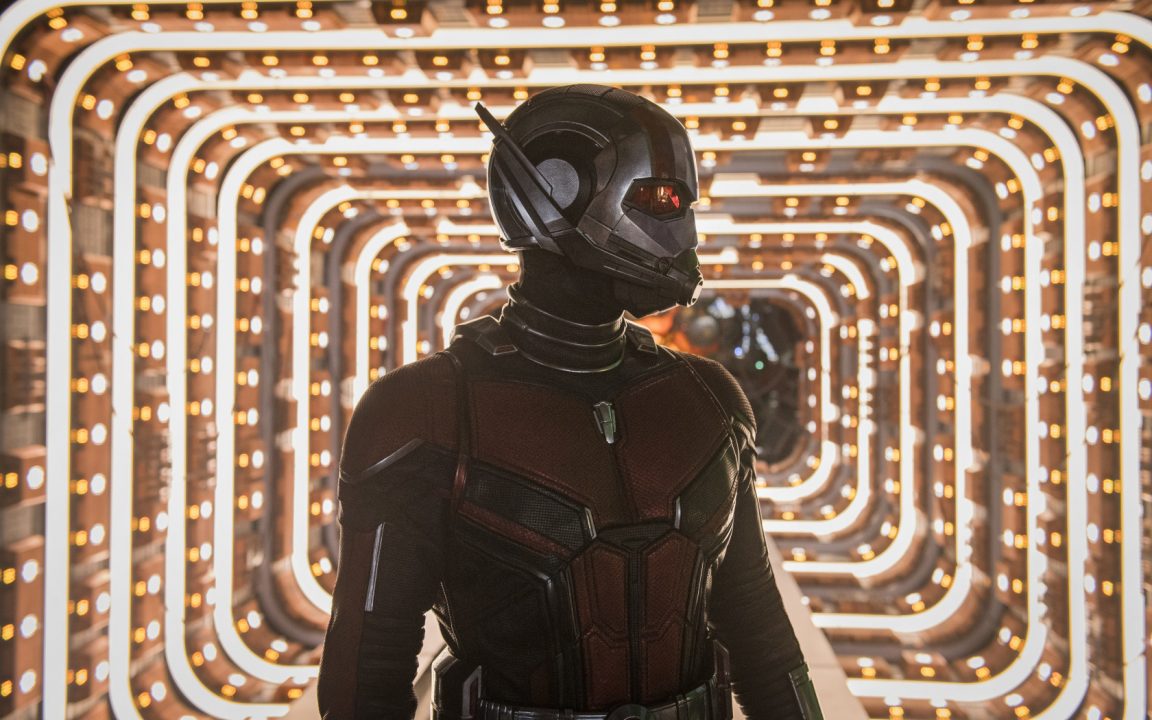 The odds are that we will get some more details in the next trailer for Avengers: Endgame. Otherwise, we will learn all the answers when the movie hits theaters. Endgame will officially arrive on April 26th, not May, next year.